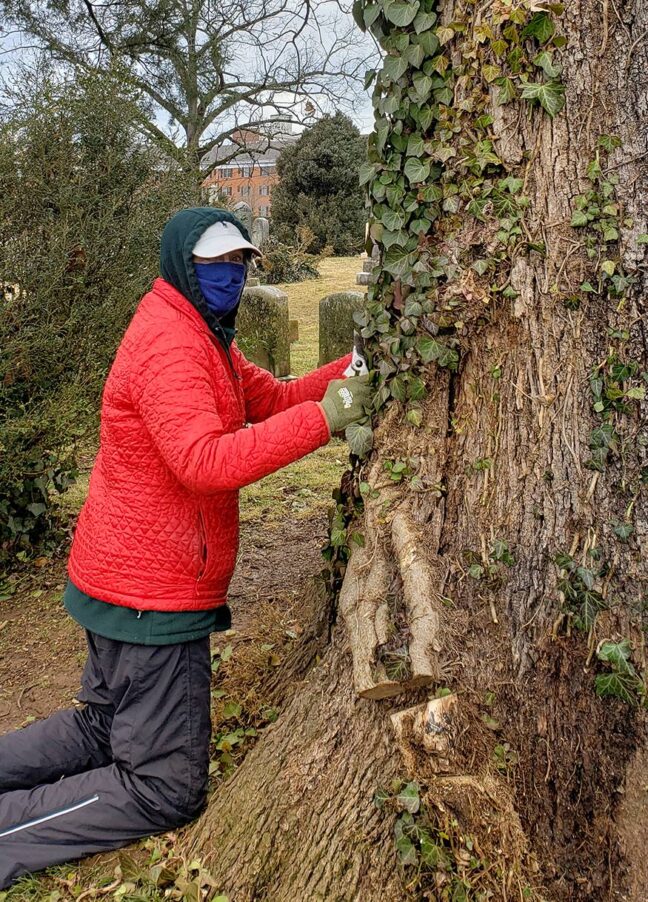 In recent weeks, Charlottesville Area Tree Stewards continued to battle invasive vines that threaten trees in our community. In historic Maplewood Cemetery on Lexington Avenue, our volunteers cut away thick bands of mature English ivy that had wound around a majestic Bur Oak-Post Oak hybrid—one of the Notable Trees recognized on our website. The oak is slated to be honored as a Landmark Tree on Arbor Day, April 30. CATS volunteers also tackled English ivy that had sent its tenacious tendrils up another Notable Tree, a White Walnut on East High Street. Mark Rylander, Robin Hanes, JoAnn Dalley, Toine Wyckoff and Pat Punch worked on these projects. Elsewhere in the city, a CATS team pursued an ongoing cleanup of vines and prickly multiflora rose on the grounds of Jackson-Via Elementary School. Elise Burroughs, Kathy Nepote, Allen Ingling, Robin Hanes and Toine Wyckoff joined forces in this latest round against the invaders.