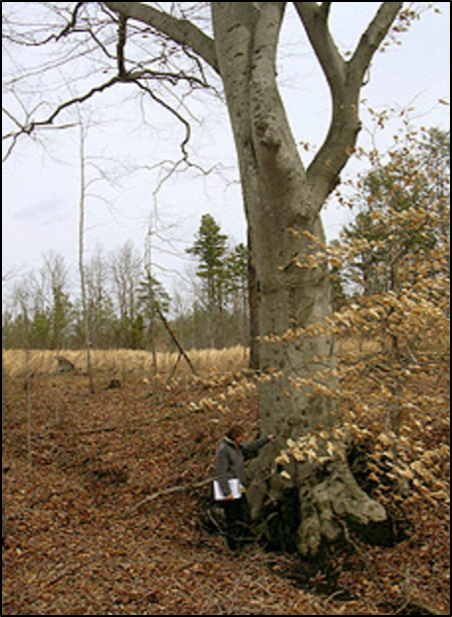 A large tree up to 75 – 100 feet  with a rounded crown. Due to its shallow roots, it is often found in thickets produced by root suckering ,surrounded by a ring of young beech trees. One of the two deciduous trees that hold on to its pale leaves through the winter and early spring. Smooth bark traditionally falls victim to initial carving vandals. Earliest Sanskrit characters were carved on strips of beech bark. Nuts are utilized by forest wildlife, including deer, black bear, raccoon, squirrels, grouse and wild turkey. Commonly used for flooring, furniture, woodenware and veneer. Known as a good fuel wood. A member of the Beech Family. 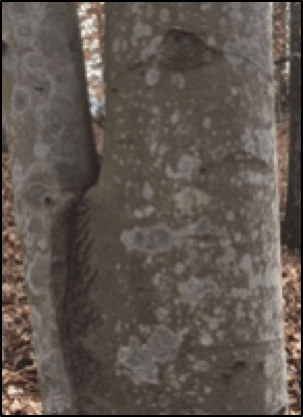 Smooth, thin and light gray. Grows darker with age, but remains smooth  and unbroken unless cracked by insects. 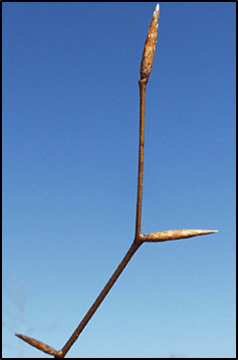 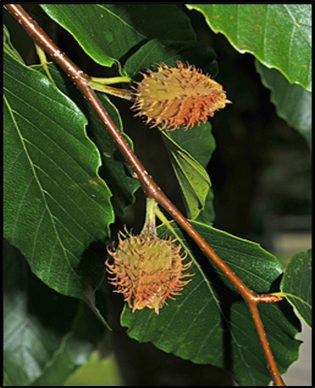 Species is unisexual –  male flowers on round heads hanging from  slender stalks. Female flowers borne on short spikes appearing after leaves in spring.